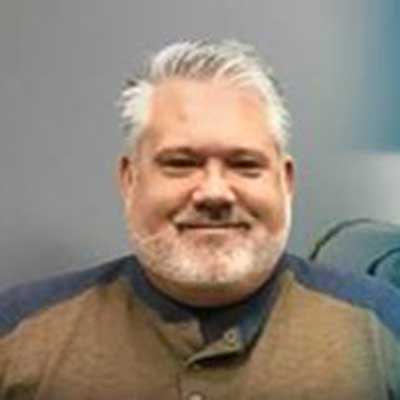 In 2014, Brian Kirkpatrick was doing some interior painting on his house. Perched on a high extension ladder, Brian overreached and fell 15 feet onto a set of stairs where he shattered his ankle. After going through a series of surgeries involving external fixators and internal fixation through plates and screws, Brian developed a latent infection that prevented the bone from fusing.

Once he began bearing weight on his ankle, the screws and pins began to break. Surgery was performed to remove all the hardware and it was at this point that his orthopedic surgeon realized he was in over his head and he was transferred to Dr. David Hahn at the Colorado Limb Consultants at Presbyterian/St. Luke's Medical Center. In order to achieve the quality of life Brian desired, he and Dr. Hahn mapped out a lengthy plan that involved removing portions of the infected bone, utilizing an external fixator to grow new bone and surgery to perform a bone fusion. Brian credits Dr. Hahn with not only saving his leg and his ankle, but also his life.